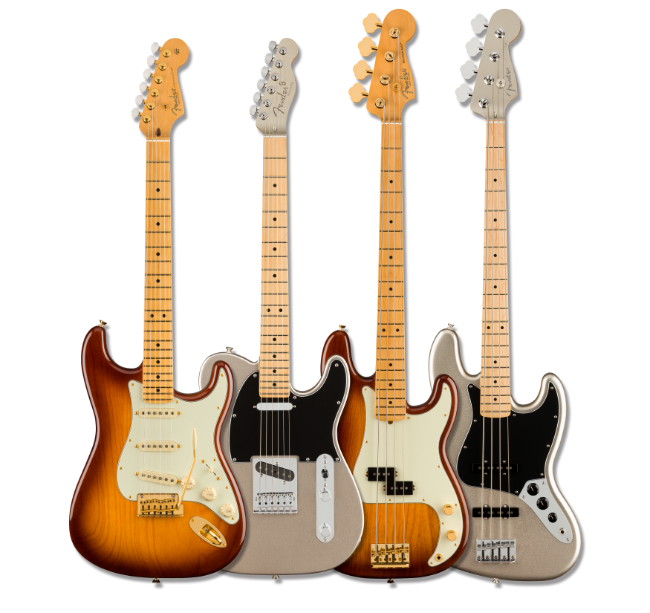 Expected to ship in February, each also includes some special details: a custom Inca Silver molded hardshell case with plush Lake Placid Blue interior, a special certificate of authenticity, a 75th anniversary ingot inlaid into the back of the headstock, and an engraved anniversary neck plate.

All Corona-built models are available with ash bodies—which, as of April 2020, Fender is saving for such special-edition runs—in two-color Bourbon Burst with one-piece maple necks and Custom Shop pickups. 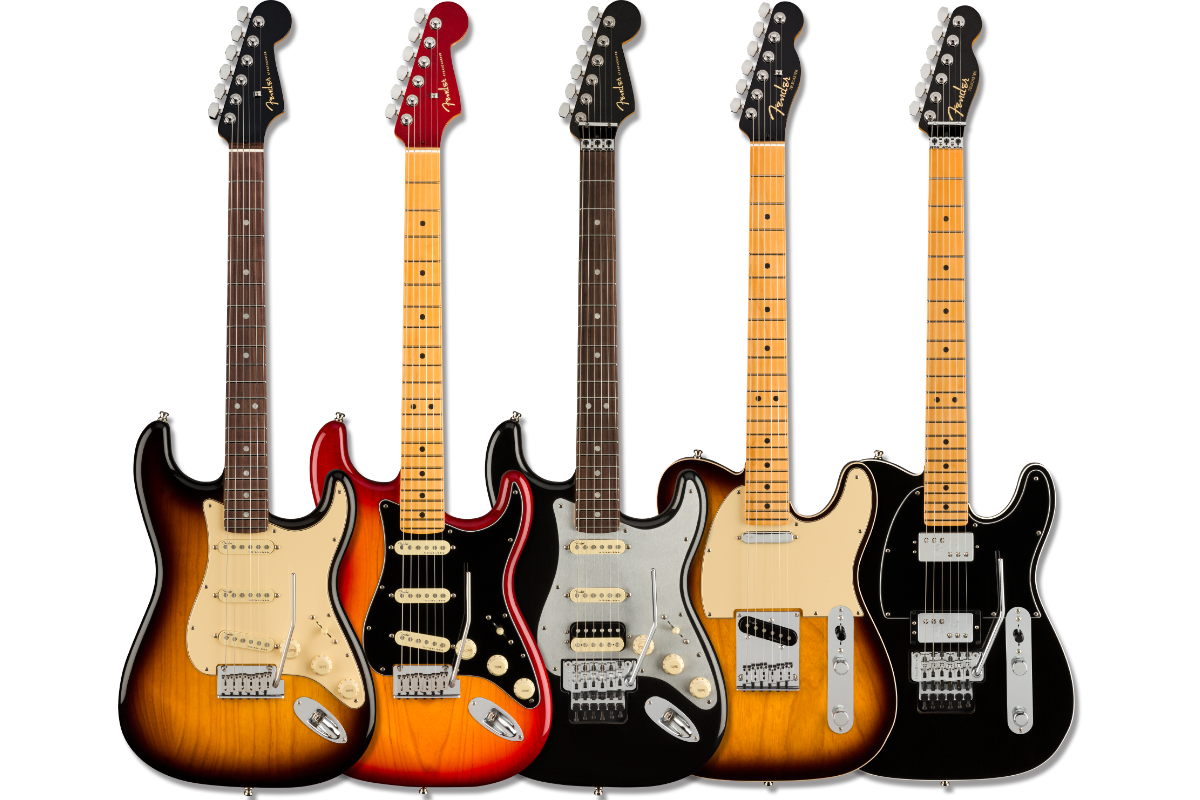 Released in late 2019, Fender's American Ultra series is now joined by the American Ultra Luxe: new, distinctive models with a slight edge on their predecessors. Each of the new models is expected to arrive in April.