If you've ever sweated through a band practice at some dumpy former warehouse, packed with jail cell–sized rehearsal rooms, then you're probably more than aware of the sound-quality problems inherent in such a space.

While some factors may be under your control, there are plenty you'll just have to live with. Sure, you could ask the landlord to put in double walls or implore your death-metal neighbors to turn down, but just see how that goes.

Yet recording your rehearsals or trying to make a decent demo in such an environment isn't impossible. And the ramshackle nature and cut-rate soundproofing does, fortunately, make practice spaces a great deal more affordable than legit recording studios.

The real trick is figuring out how to capture the best recording in a practice space without it sounding like sizzling sludge.

The audio world has an abundance of cheap laptops, DAWs, and portable audio interfaces. And given that it's nearly the year 2020 and every aspect of music-making is only becoming more DIY, at least one member of your band should probably have a laptop recording rig and enough basic engineering skills to make it work. However, you won't always have the time, patience, or need for all that.

For quick, easy recordings, you can use a number of other devices. The most obvious and economical method is with your phone. If you're someone who prefers an Android, there is no lack of simple recording apps offered for Google software. If you're working with an iPhone, you have your choice of Voice Memos or Music Memos, both of which will engage your built-in microphone.

With free, multi-tracking DAW apps like GarageBand, you can build up your songs track by track. That is, instead of struggling to find the one spot in the room where your phone's mic can hear the entire band at any kind of balanced level, you can record drums, then other instruments, and finish with vocals. These recordings are bound to be less than hi-fi—but they'll still help you write songs or practice for a gig.

Quick tip: When multi-tracking at a practice space, the ambient noise of the room will build up quickly with each additional layer. So do yourself a favor and sculpt each track with an EQ to help hear only the frequencies you want to hear from each instrument.

If relying on a phone to record amid the ricocheting frequencies of your practice space, you may find upon playback that the thick warm buzz of a churning Big Muff sounds more like shards of glass being mashed through a meat grinder.

A simple rig of a few microphones, an audio interface, and a basic laptop-based DAW will give you an immediately better recording. Whether it's a Focusrite, PreSonus, Behringer, or some other entry-level interface, the number of preamp-equipped inputs will be crucial for what you want to accomplish. Let's run through some options:

A two-preamp interface like the ever-popular Steinberg UR22C will allow you to record with two microphones at once. You can use a pair of condenser mics or ribbon mics to capture a full band's performance by placing them in the middle of the room in a stereo mic'ing pattern, like the mid-side or Blumlein techniques.

To do this effectively, you'll have to be mindful of the polar patterns of your two microphones. Though you can mix and match, an effective Blumlein stereo setup could be as simple as two figure-8 ribbon microphones set on their axis, so the 360-degree circle of sonic ground is covered between them. If you're a three-piece, one figure-8 mic for the sides and a cardioid mic pointed at the drummer would also work well. (Need to learn more about polar patterns and microphone types, find our explainer here.) 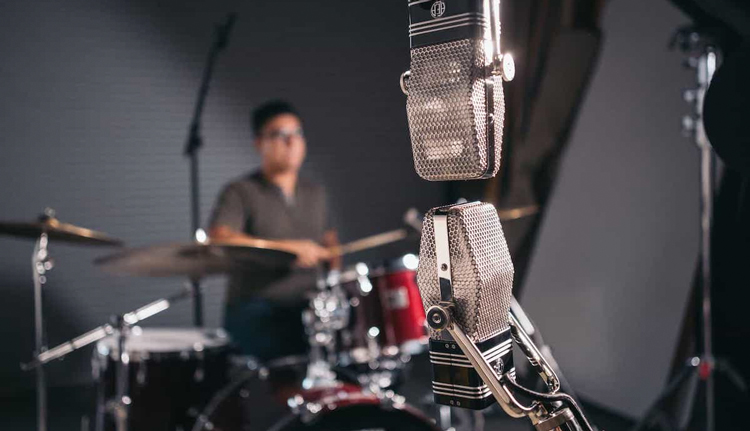 When recording a performance, you'll need to find a mix that sounds good naturally in the room. Since all instruments will be recorded at once, there's no way to change levels after-the-fact.

One major challenge to making stereo-pair recordings as outlined above is worrying about your band's live mix. You may have to change your playing styles, fumble with positions of amps and drums, or play at much lower volumes than you're used to playing in order to get a good balance between the instruments.

For mics, you can still use one or two condensers or ribbon mics as overheads on the drums. And if you desire more kick, you can always get an inexpensive kick mic like a Shure 52A or AKG D112. (For all manner of possible drum mic placements, see our "Recording Drums by the Genre" article.)

For versatile mics you can throw in front of amps, bass cabs, or even kick and snare drums, look to the workhorses of nearly every venue and studio: the Shure SM57, SM58, Sennheiser e609, or MD-421 II.

Not only can these mics withstand all levels of abuse, they'll also block out whatever noise is happening behind them—a crucial trick if the band's all playing at full volume.

One other workaround will allow you and your bandmates to actually hear what you're recording—all while not needing to compete for volume with your next-door neighbors: a headphone amp. There are many cheap models available, with something like the PreSonus HP4 . Being able to hear the intricacies of each other's playing will only help make a better recording.

But now that you have upwards of eight mics, you might be running out of floor space for all the taped-up, second-hand boom stands you've somehow acquired throughout your years of playing. An ingenious little solution can be found in the Audix Cab Grabber. Available in two different sizes for larger or smaller amps, these adjustable clamps will mount to your amp or cab, allowing you to position a mic close to the speaker without taking up any floor space at all.

Whatever gear you use to record in a practice space, if it's a poorly treated room with jittery amps and flaky cables you still wind up with a less-than-satisfactory recording. But you can still make magic out of a mess with some audio editing tools.

iZotope's RX software has become a standard for professional audio repair, capable of carefully severing unwanted din without morphing the general integrity of a track. RX's Repair Assistant will analyze audio and suggest the best way it can abolish noise, reduce distortion, or just bring further clarity to the goopiest of sections, say, that combination of old wiring, overloaded power strips, and your lead guitarist's amp that rests at an unholy ambient hum. 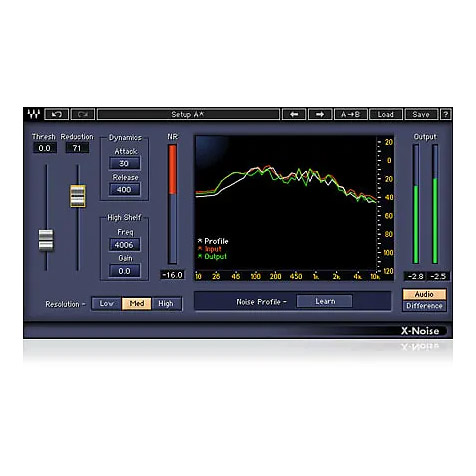 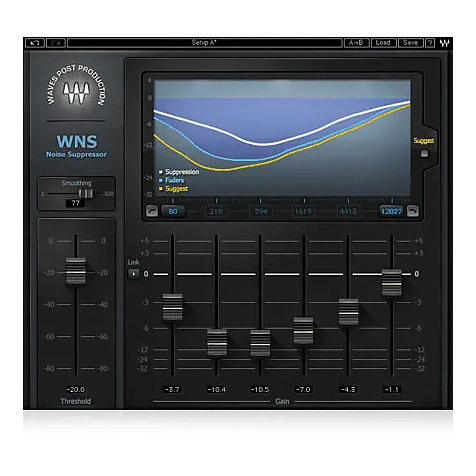 Of the older guard of noise reduction software are some tools from the omnipresent Waves, which has a deep roster of powerful noise-cleansing plugins. Early, effective, and inexpensive plugins X-Hum and X-Noise function through manually adjusted parameters, while WNS Noise Suppressor can analyze noise and function not unlike Izotope's RX.

An alternative to both Waves and iZotope is Accusonus' ERA4 Bundle. The ERA4 is literally four easy-to-use plugins that with a turn of a knob can competently separate the noise and clutter from the meat of your recording.

While employing all these techniques may not make your practice-space demo sound like it was recorded at Abbey Road, you'll surprise yourself by the clarity of recording you can achieve.